Why the ‘Music of the Unseen’ project came about

The Music of the Unseen project came about through a serendipitous encounter. At that time, I was exhausted. I had successfully realised a crazy-ass, citywide musical ode to my hometown of Brum called for-Wards; the first multi-genre, multi-artist, citywide music project about a city captured on vinyl (to my knowledge).

for-Wards is an expression of my deep gratitude to my beloved hometown. I worked with 837 participants made up of 40 community groups, 9 other Birmingham composers, and various music organisations who supported me in creating music about 0121: B-Town. We featured 10 pieces of music about the city of Brum on a vinyl record: written for the community with the community. 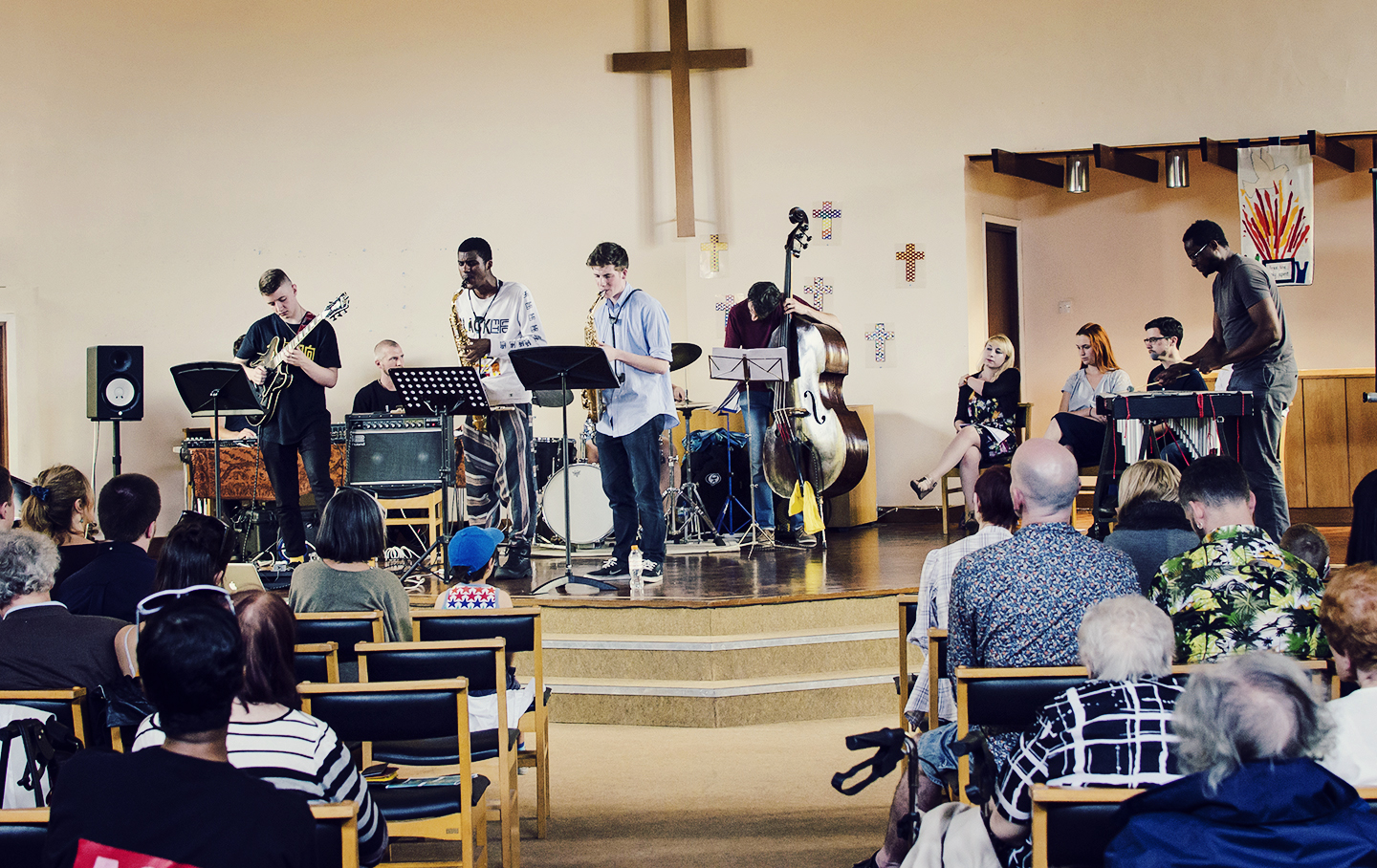 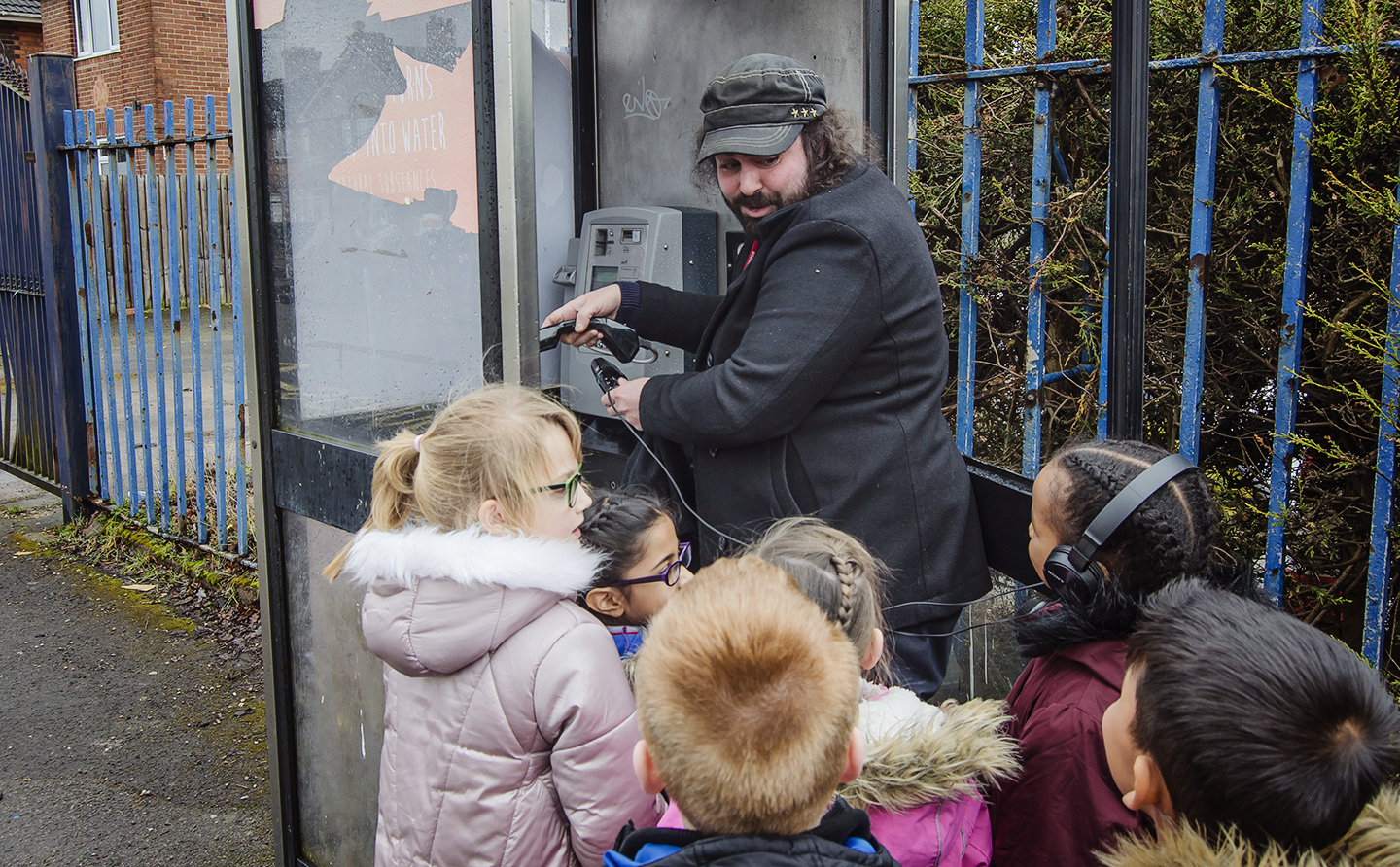 Anyway, it was a moving, fun, and crazy learning experience. Directing so many people was intense and there were several fires to put out. I was ‘encouraged’ to turn for-Wards into a research degree however, a year before, I had applied and secured a place researching black orchestral music/a black aesthetic. I was unable to pursue the later due to a lack of success in securing funding.

After for-Wards was completed, I was encouraged to create another collaborative work so I thought about a musical community that was close to my heart and, who might be interested in writing music about an area of composition I was deeply passionate about: composer-arrangers of the 60s and 70s.

Seriously though, why? Well…. after my undergrad studies, I was what some may term a ‘blocked creative’. I left with zero confidence, networks or ease operating in a classical realm. I also had my belongings stolen en route back to Brum including my CD collection, so I started to collect vinyl. The teenagers who stole my belongings gave me the greatest gift; a vinyl habit! In those blocked years, I had retrained as an EFL teacher so I could travel and music was always my escape. Whenever I listened to Hip Hop it was the samples that gave me chills; the jazzy, orchestral sounds and beats touched my soul but why were they so short? My growing vinyl addition was the beginning of me digging for the source material for the Hip Hop samples I loved; soul, jazz, Afrobeat, Afrofunk, classical, psychedelia and funk 45s.

Around this time, while working in education and delivering music workshops, I started DJing at house parties, then small club nights, (Adam Regan from the Hare and Hounds kindly supported a funk and soul residency), nationally and then internationally. I loved the orchestral sounds, sweeping strings, and exquisite harmonies, and deep down I longed to write music that touched upon this world: immersed in the sounds of composer-arrangers such as Thom Bell, Johnny Pate, Leroy Hutson, Rob Temperton, Gene Page, Charles Stepney, and David Axelrod. 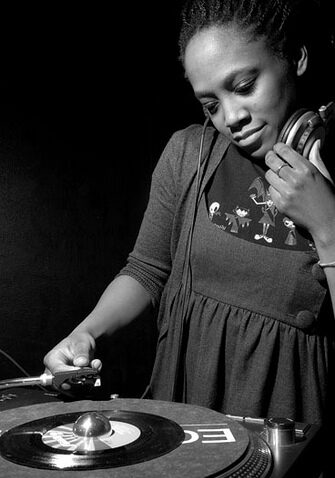 Now, back to my final year of PhD…. In the summer of 2018, through my amazing friend Mark from Heart n Soul, I contacted YouTube’s VC vinyl community (in which he is a member, check his YT channel), to see if anyone wanted to virtually write music inspired by our favourite composer-arrangers. Five people across the globe reached out. We set about writing a musical ode to the VC community; it’s a little cheesy but cute.

As part of the project, I felt the need for mentoring and was fortunate enough to be mentored by G.O.A.T Patrice Rushen. Yes, Patrice Rushen. I have been playing her music for years, Settle For My Love is my jam, and has opened many a DJ set, so to spend three weeks being encouraged and mentored by her was incredible, it was a humbling, validating, and fun experience. She is indefatigable, kind and generous: Patrice gives so much to her students at the University of Southern California. One arranging session with Patrice lasted several hours. She asked me whether I knew Come To My Garden by Charles Stepney, I nodded, and then she pointed out her favourite tracks, which is when I realised…. She is a musical goddaughter of Charles Stepney, his sound had directly influenced hers.

When I was preparing to head to LA to meet Dr. Rushen, I asked Ammo Talwar from Punch Records if there was anyone worth meeting out there, as I realised I wouldn’t know many people. He put me in touch with B+ who responded quickly and offered to let me stay with his family. I thought, “Who is this cat?, and why is he letting a stranger stay in his home?” I did a rushed google search and watched him talk at a Red Bull Academy lecture, I was impressed by his awareness and indebtedness to the black music community and how he actively strives to give back.

Two weeks in, I learned that B+ had directed the Timeless project. Timeless: Suite for Ma Dukes deeply affected me when I first heard it. I had tried to write soulful music for classical ensembles when at uni – I was listening to a lot of 4Hero at the time however, it never got finished due to being booted off a music composition module due to an administrative error!! I knew composing in this way was something I wished to do but didn’t think it would happen, my days as a composer were long gone, or so I thought. 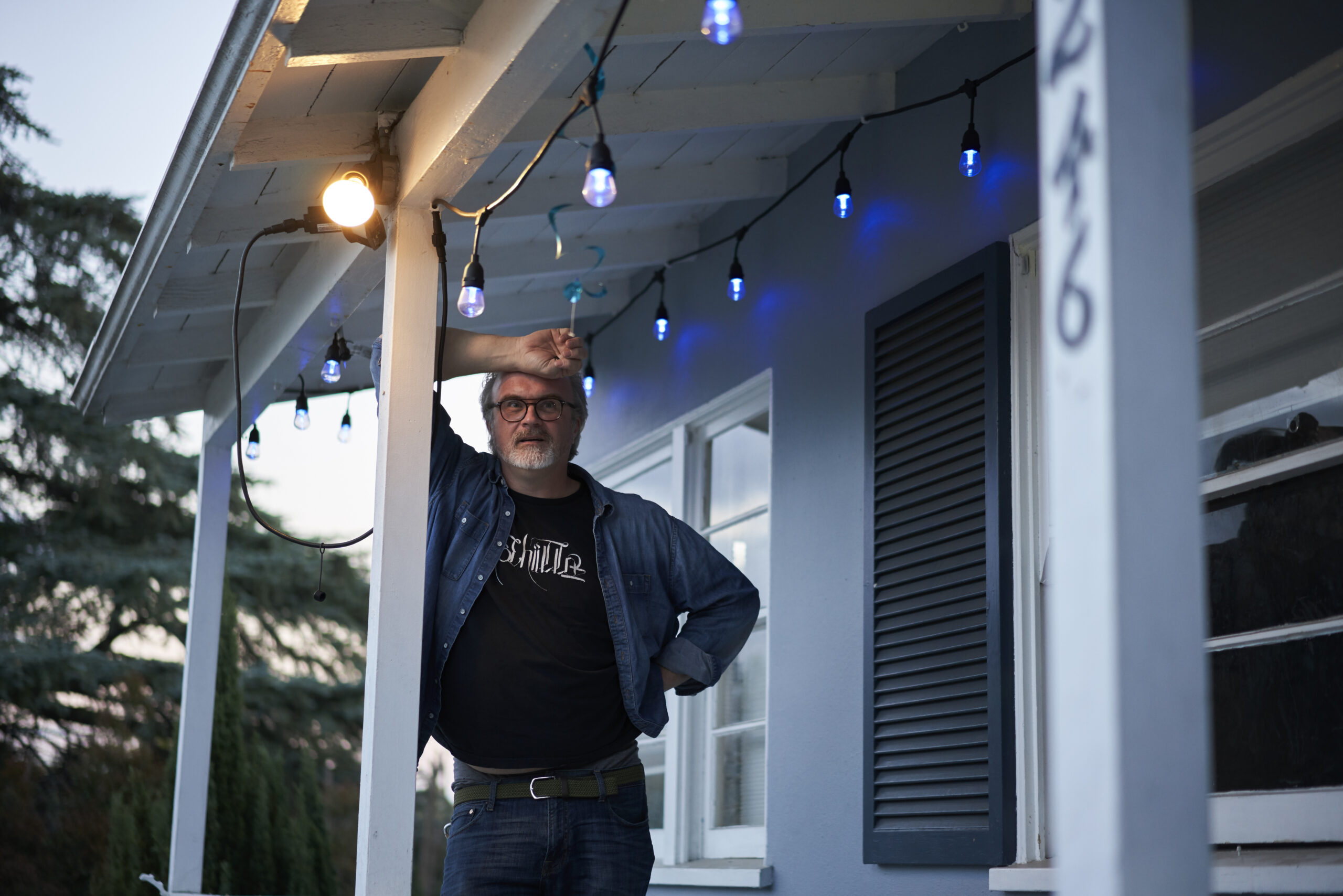 B+ in Los Angeles

During my final week in L.A, B+ asked Patrice and I to work together – whilst the three of us developed a bigger project, I asked B+ if he wanted to do a smaller one about Axelrod and Stepney, to see how we work together. He said yes and here we are! B+ and I share a mutual appreciation for black orchestral music, sharing unsung stories, we work with various musical communities, we DJ vinyl and we both come from the same side of the pond.

But why Axelrod and why Stepney? Music of the Unseen furthers awareness of Charles Stepney (producer and arranger for Earth, Wind & Fire, Eddie Harris, Terry Callier, The Dells, Ramsey Lewis, Rotary Connection, and Minnie Ripperton), and David Axelrod’s (arranger for Lou Rawls and a record producer who sold more than 40 million records) work as composer-arrangers. Both have been heavily sampled by the Hip Hop and commercial music worlds yet their music is rarely performed live. They have been sampled over 661 times on huge hits, Stepney by Kanye, A Tribe Called Quest and Jay Z, to name a few and David Axelrod has been sampled over 551 times, notably on Dr. Dre’s The Next Episode, Lauryn Hill and Lil Wayne. 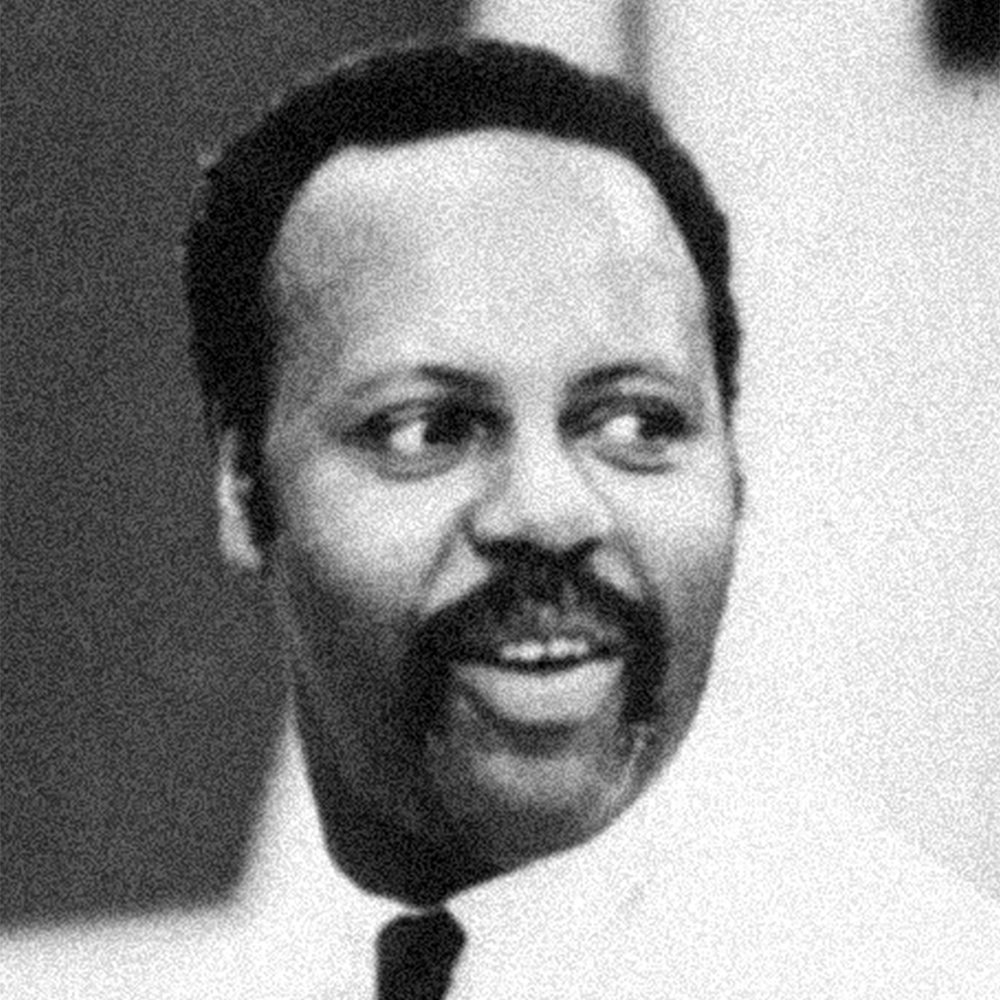 David Axelrod photographed by B+

Their work has often been overlooked especially in the academic realm although serendipitously, Stepney is having a glowing moment right now, tirelessly championed by his daughters: Eibur, Charlene, and Chanté with recent support from  Chicago label International Anthem. Axelrod and Stepney are musical legends, quoted numerous times by Hip Hop music producers. They are part of a cohort of 1960s “classically” trained composers such as Paul Riser (Motown) and Gamble and Huff, employed to broaden the harmonic spectrum of tracks, uncredited composers whose artistry enhanced the hits of that era often with no mention of their work on the record sleeves, liner notes, or in books or articles on popular or classical music. 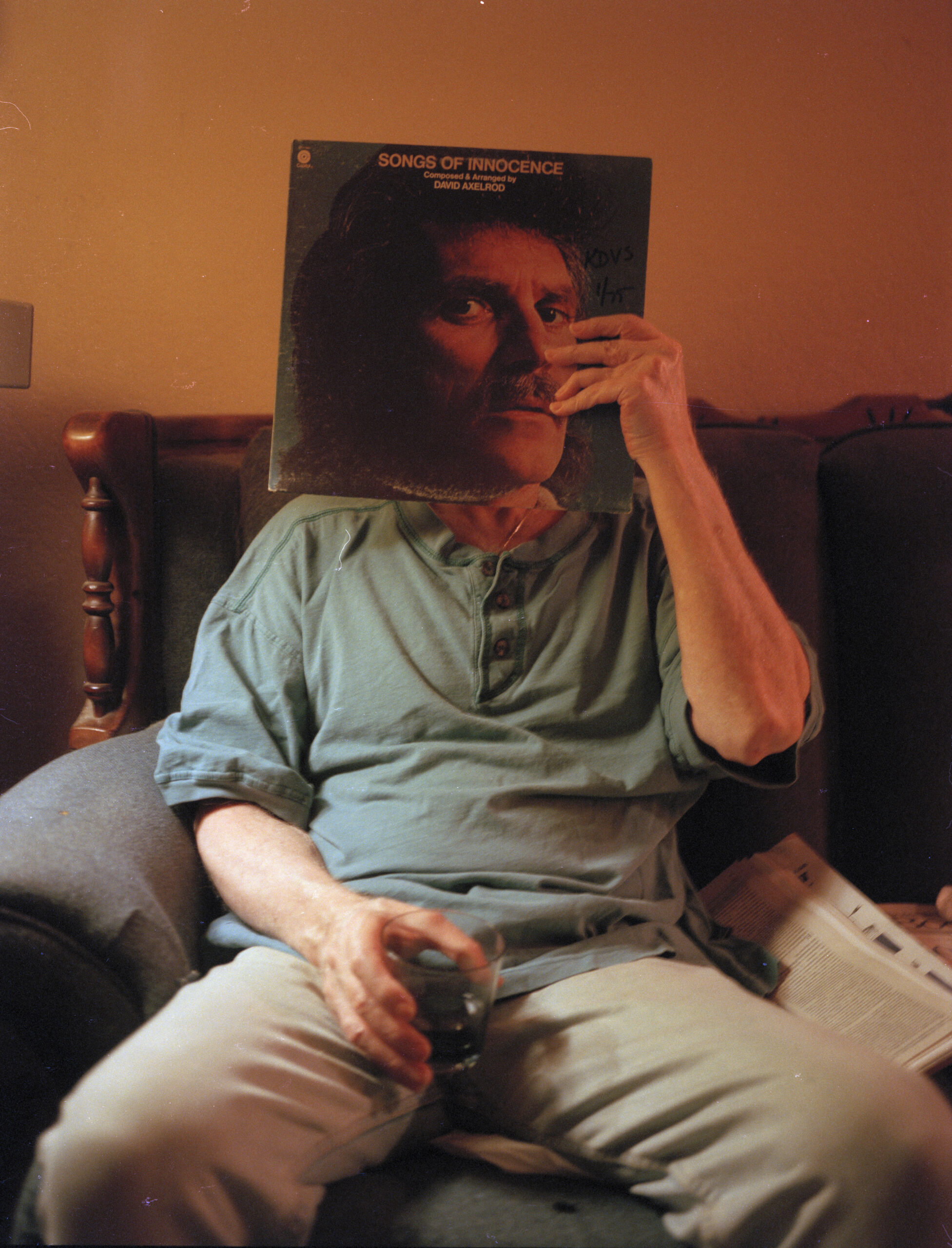 Axelrod and Stepney’s work is crucial to the success of many of the artists they have worked with yet, they fail to receive the true accreditation they deserve. Composer-arrangers of this era are often unknown to the majority of people who enjoy their musical contributions. Historically, the intentional invisibility of composer-arrangers was employed as a means to protect the unique sound of the record labels however, we wish to dismantle this work. We wish to support the visibility and growing awareness Axelrod and Stepney genuinely deserve. How are we doing this? I am working with B+ to tell their story through musical arrangements, a few musical interpretations and experimental film. I am running arranging workshops for Birmingham secondary school students so they can hear Axelrod and Stepney’s music and its relevance to the now, learn the foundational skills needed to be a composer-arranger and finally, hear their arrangements of Axelrod and Stepney’s music performed by a string quartet.

It’s such a privilege to handle Axelrod and Stepney’s music and this experience comes with great responsibility, care and due diligence. I’m passionate about the causes we are making because I realise I’ve wanted, for a very long time, to become a musical goddaughter of David Axelrod and Charles Stepney.